I can’t begin the story of the Rest Area without first telling the story of what lead up to it… and that began over a month previous to my leaving  Denver on a cold windy October Friday night.
It was coming upon fall once again. I found myself in the Thurston County/ Olympia area after a quick trip to Denver and back with my best friend in August. In September came the news that I had lost the remainder of my possessions, including about 20 or so of my personal journals, all of my children’s baby pictures, as well as parts of the book that I had written long hand during the previous spring and winter.
It was all gone. But as much as I cried, the moisture of my tears couldn’t ease the burning in my heart. I trusted that the man I was in love with would some how fix it all, but he didn’t.
Not only had he not fixed the legal matters we were involved in together, he broke my heart on my way out the door, saying that he knew that I never had the potential to be his soul mate.
If he had spent the entire year and a half of our on-again-off-again relationship attempting to find something that could hurt me more than anything else, he couldn’t have found a statement that would hurt me more.
I left town determined not to answer any of his text messages or calls. I made it four days. He pleaded with me to remain his friend. I am still ambivalent about that idea.
When I left town, I headed east. In the quiet of the early morning, I wound my way through the roads around the Cascade mountains and watched a beautiful sunrise with my puppy, Athena.
I attempted to take in the beauty of the northwest that I was leaving, not sure when I would really return except to visit my adult children and their children.
I stopped at a friend’s house in Idaho, but it wasn’t much of a visit. Fortunately, she and I had visited a couple of times before this quick stop-over. I left for Colorado early the next day.

When I drove through Utah I forgot about I-70 and the fact that their are no services aka no bathrooms for about 150 miles. Someone should warn disabled people not to travel that way from Utah to Colorado.
For me, being someone with a very sensitive bladder (several surgeries), it caused me to get a speeding ticket on my first trip through in June, and a LOT of pain on this, my second trip.

By the time I got to my friend’s home in Grand Junction, I was ready for a rest. I received a wonderful burst of energy via their wonderful princesses aka daughters.
I spent a couple of days with my family of friends in Grand Junction. They even drove us all up to Grand Mesa, where we took pictures of all the gorgeous autumn colors throughout the mesas. It was a day I will always treasure!
Beautiful. Just gorgeous. Before this trip I had never realized that the desert changed colors with the seasons as much as a forest does. I had just never thought about it.

My friends in Grand Junction said good-bye to me with hesitation, but they were aware that a friend in Denver had begged me to spend my birthday with her. I was on my way to do just that.
When I had put out on Facebook that I didn’t know where I should spend my 45th birthday doing what, my friend Kim, in Denver who I had visited early in the summer, had posted “I don’t have much, but I will share everything I have, come spend your birthday with me”. So, I had planned out the trip to end up in Denver on October 19th, my 45th birthday.
My second birthday as a single, homeless woman. A transient.
But I had friends. A friend had, in fact, invited me to spend time with her on my birthday.
My birthday came and went, as any other day. The differences included that I went to sleep hungry, not wanting to venture out in the cold Denver night to my car, to the emergency food I had stored in it. I had already been admonished for drinking their milk, I wouldn’t want to take any other food out of my friends’ 15 year old child’s mouth.
One other difference was the fact that the friend in question shared a blunt with me. But, in retrospect, she did charge me for that as well.
My birthday was on a Wednesday, I was looking to leave around Friday for points southeast, but my friend kept insisting that I stay longer. When snow pummeled Denver on the next Wednesday, I again voiced my intentions to leave Thursday or Friday. Another friend of mine who I contacted, not wanting to leave the area without making such contact, informed me of a rally for a MMJ patient  in Colorado Springs. This seemed like a much better use of my time, than sitting on my bed in the middle of my friend’s living room, so I agreed to meet in the morning to join the energies.

Thursday, I was gone for most of the day with my other friends in support of medical cannabis patient, Bob Crouse, in Colorado Springs. His rights to use cannabis as medication were to be on trial. Once again, as I usually do during these gatherings of patients, friends, advocates and activists, I became re-energized. I remembered my goals. 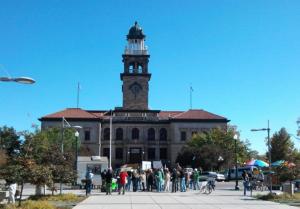 We also touched base with the “Occupy Colorado Springs” movement while we were south of Denver. When I returned to my friends’ house in Denver, I was not in the glum spirit that I had been feeling. I was back to wanting to change the world.

That night  I slept a fitful sleep.  In the morning, I was to discover the reason. When I mentioned that I was still looking at leaving in the next few days, my friend stated to me that she wanted me to stay until I got my disability payment for the next month. She wanted me to pay for being there.
I was astonished, but not surprised. During my time there, I had come to understand that this friend of mine was still VERY embroiled in a self-destructive paradigm, being a chain smoker with pulmonary hypertension and a hole in her heart. She was also still wrapped in the cold comfort of pharmaceuticals: morphine, percocet and anti-anxiety medications while adding cannabis concentrates.
Living out of her bed, she was a shadow of many of my memories. I wish her nothing but hope and health and love and lighte.
I could not continue to exist there. My energy was overwhelmingly stifled.
When she left that day to spend time with her family, I commenced  washing myself and my dog, then her bathtub, and packing up my bags and car.
I left a blank check with her teenage son, who had shared tears with me as I prepared to leave. I asked him to please remind her that I only have $850 each month to live on, but for her to please make the check for whatever she felt I owed her. 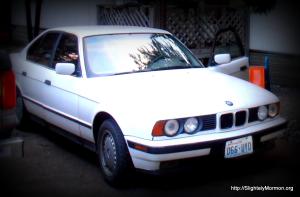 With that, I took my puppy (who had her own issues saying goodbye to 5 other dogs), got in my car, and headed out to say goodbye to another friend before heading north.
Advertisement